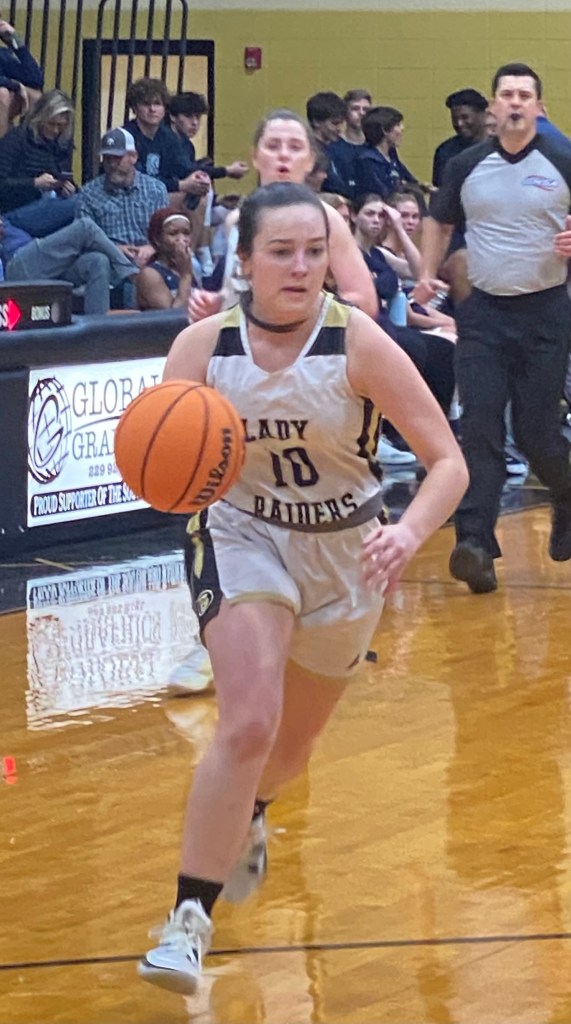 AMERICUS – After a 59-32 victory over Glenwood at home on Saturday and a hard-fought 49-39 victory at Terrell Academy on Tuesday, the Southland Academy Lady Raiders (SAR) came into their GIAA Region 3-AAA contest against Valwood (VS) with a record of 16-1 and were ready to extend their winning streak to six games against the Lady Valiants. They were able to do exactly that by using their defense to overwhelm the Lady Valiants early and they dominated the contest from that point onward to a 44-12 shellacking of VS at the Melvin Kinslow Gymnasium on Friday, January 20.

Morgan Weaver led the Lady Raiders in scoring with 13 points, Riley Mitchell chipped in nine and J.C. Bailey scored six in the winning cause.

The following day, the Lady Raiders took their 17-1 record and their six game winning streak up to Macon to take on the Lady Vikings of First Presbyterian Day School (FPDS). This was a much tougher task for SAR, but once again, they came out on top with a hard-fought 42-39 victory over the Lady Vikings (14-4).

It was mostly the Morgan Weaver show against FPDS. The senior guard led the Lady Raiders with 25 points, more than half of SAR’s scoring output. Riley Mitchell scored seven points, Anslee Rooks had four, J.C. Bailey chipped in three, Mary Beth Easterlin chipped in two and Sophia Blankenship made one free throw to round out the Lady Raiders’ scoring.

SAR is now 18-1 on the season and 5-0 in the GIAA Region 3-AAA standings. They will try for their eighth straight victory when they host Deerfield-Windsor on Tuesday, January 24 at 6:15 p.m.