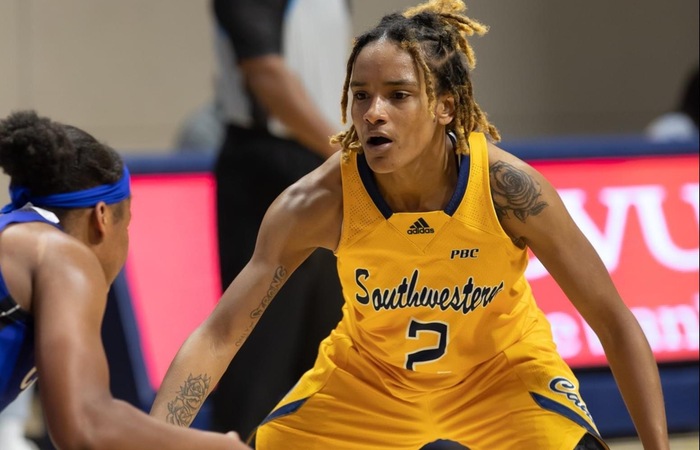 Jolicia Williams had a big game against the Lady Bearcats, recording a team-high 23 points while also recording five steals. This is Williams’s third 20+point game this season. Williams was one of three Lady Hurricanes to finish in double figures in scoring. Lexi Chatman scored 12 points and Ava Jones chipped in 10 in the losing cause.

GSW led had a 12 point lead at 56-44 with 55 seconds left in the third quarter, but the Lady Bearcats made a furious last minute run over the final 12 minutes of the game and took a 62-61 lead on a jump shot from Quadaija Langley with 2:17 to go in the contest. From that point on, the Lady Hurricanes were never able to regain the lead and went on to lose by the score of 64-61.

Taniya Gordon led the Lady Bearcats in scoring with 17 points and Quadaija Langley poured in 13 in the winning cause.

GSW falls to 15-2 on the season and has recorded its first lost in the Peach Belt Conference (7-1).

The Lady Hurricanes will be back home at the Storm Dome to take on Columbus State (10-6, 4-4 PBC) for the first half of their two-game season series. GSW has now lost now lost 14 in a row to Lander and hopes to get back in the win column against CSU. The teams will tip off on Wednesday, January 25 at 5:30 p.m.