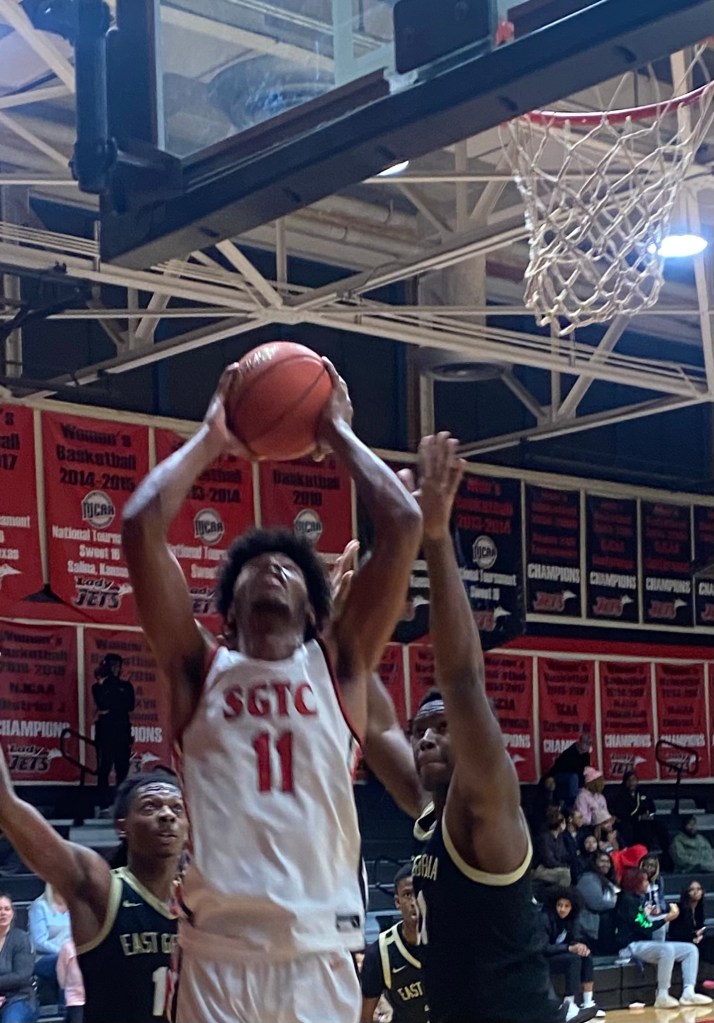 AMERICUS – After suffering an 80-70 loss at home to Central Georgia Tech on Saturday, the South Georgia Tech men’s basketball team (SGTC) came into its make up game against East Georgia State (EGS) Monday night at the Hangar hoping to get back into the win column with a win over the Bobcats. However, unfortunately for the Jets, their inability to keep the Bobcats off the glass and their inability to make foul shots were two of the factors that led to an 83-70 loss to EGS on Monday evening, January 23.

This game was supposed to have taken place at the Hangar on Saturday, January 7, but had to be postponed until Monday, January 23. 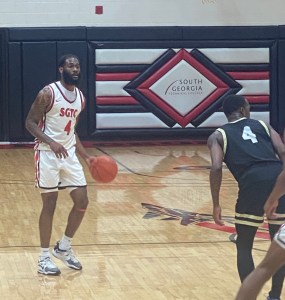 SGTC sophomore guard Aaron Pitts (#4) led the Jets in scoring with 18 points in their 83-70 loss to East Georgia State.
Photo by Ken Gustafson

Aaron Pitts led the Jets in scoring with 18 points and Kallin Fonseca poured in 14. Deconte Williams also scored in double figures for SGTC, as he poured in 13 points in the losing cause.

After one half of play, the Jets trailed EGS 36-25, but the Bobcats outscored the Jets 29-18 over most of the second half and led SGTC 65-43 with a little over three minutes left in the game. However, the Jets made a last ditch effort for a comeback by going on a 21-8 run and cutting their deficit to 73-64 with a little over a minute left. However, that would be as close as they would get, as the Bobcats went on to defeat SGTC 83-70.

Five EGS players scored in double figures. De’Angelo Hines led all scorers with 21 points and Greg Jones had 17. Tre Grane poured in 15 points and both Johnny Kittles and T.J. Mills each scored 10 points in the winning cause. 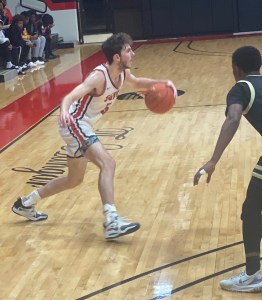 The loss puts the Jets at 5-14 overall and 2-4 in the Georgia Collegiate Athletic Association (GCAA). They will try to end their two game losing streak when they travel up to Rome, GA on Saturday, January 28 to take on Georgia Highlands College. Tip off is scheduled for 4 p.m.