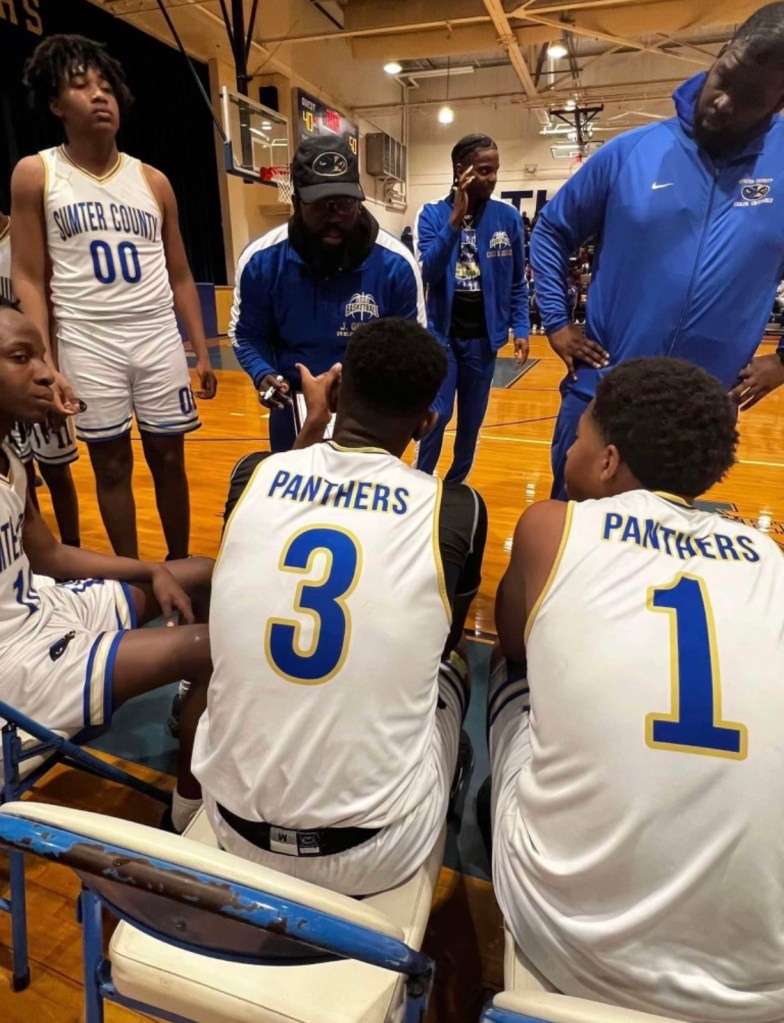 Sumter County Middle School boys’ head coach Brendon Goodin talks to his team during a timeout in the Panthers’ game against Mary Acres Middle School. Seated are Austin Davis (#3) and Briceton Terry (#1). Standing in the background is Damien Battle (#00). Photo by Lewis Mack

Austin Davis led the Panthers in scoring with 26 points.

The Panthers will advance to the Deep South Conference championship game against Lee County East Middle School, which will be played at the old Sumter County High School Gymnasium on Harrold Avenue at approximately 6 p.m.

The boys’ game will be played right after the DSC girls’ championship game in which the SCMS Lady Panthers will be participating in. That game is scheduled for 5 p.m.