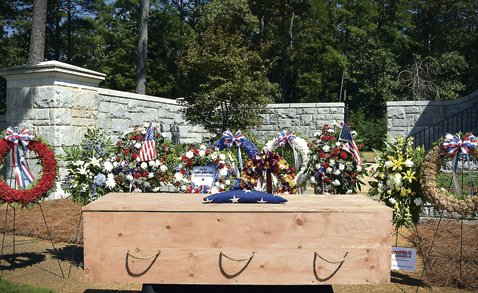 The ceremonial casket was given full military honors. 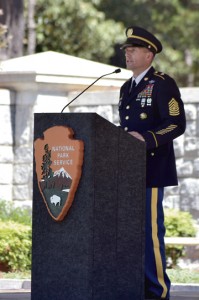 Sgt. Maj of the Army, Daniel Dailey gave a moving speech at the Funeral for 13,000.