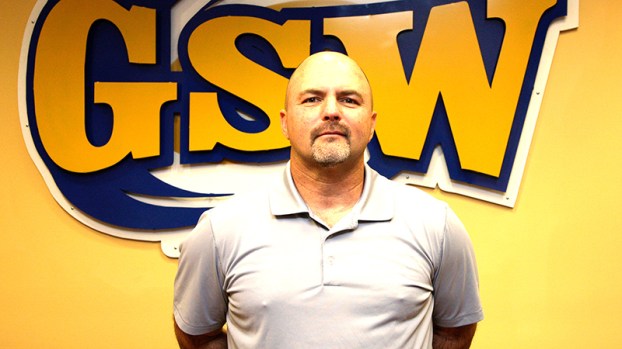 Chris Cogan has been named to be the new hed women's soccer coach at Georgia Southwestern State University. Photo by Chris Lind

“We are excited to welcome Chris to Georgia Southwestern as the next head women’s soccer coach,” Leeder said. “With his documented success at the NCAA Division I level, we feel like Chris will be a great fit for our athletic department and look forward to supporting him as he works to increase the competitive success of our program.”

“I am incredibly excited for the opportunity to lead the GSW’s women’s soccer program,” Cogan said. “It is with a huge amount of gratitude that I thank (Director of Athletics) Mike Leeder and (Associate Director of Athletics) Christie Ward for trusting me to advance this program into a competitive program that GSW, Georgia and the Peach Belt Conference can be proud of.”

Cogan spent time as the head coach and general manager of the Oxford City F.C. of Texas/Texas Strikers of the Professional Indoor Soccer from 2008-12. During his time there, he oversaw the player selection and managed the team and individual training sessions, including the development of the style of play and video training.

Following a four-year stint with Oxford F.C., Cogan was an Assistant Coach at Lamar University in Beaumont, TX from 2012-15. He trained the goalkeepers, coordinated individual training sessions, along with organizing practices, and assisted with team training. He also prepared video for tactical and motivational team presentations.

After leaving Lamar, Cogan spent three years as the Associate Head Coach at Idaho State University. During his time with the Bengals, he trained the goalkeepers and oversaw individual training sessions. He also prepared players for competition through on-field training, fitness management, and nutrition awareness. Besides, on- field coaching, Cogan prepared video editing for tactical and motivational presentations.

“President (Dr. Neal) Weaver has been committing additional resources to athletics and women’s soccer, in particular, and I believe that those resources can lead to a competitive program within the conference and beyond,” Cogan said. “The student-athletes of the women’s soccer program have demonstrated great success in the community and the classroom and I look forward to building on that success with a competitive program on the field.”

Cogan’s collegiate playing career included stints at both Miami University and Houston Baptist University. While at HBU, he had the most shutouts in a season, most shutouts in a career and the lowest career goals-against average. He played professionally for ten seasons with the Lubbock Lazers/SandDevils, a year with Millionarios of the Mexico Third Division, and a year with the Houston Express and Rockwall Raptors before jumping into the coaching ranks.

Cogan received his Bachelor of Arts in Psychology and his Masters of Science in Sport Psychology/Exercise Science from Texas Tech.