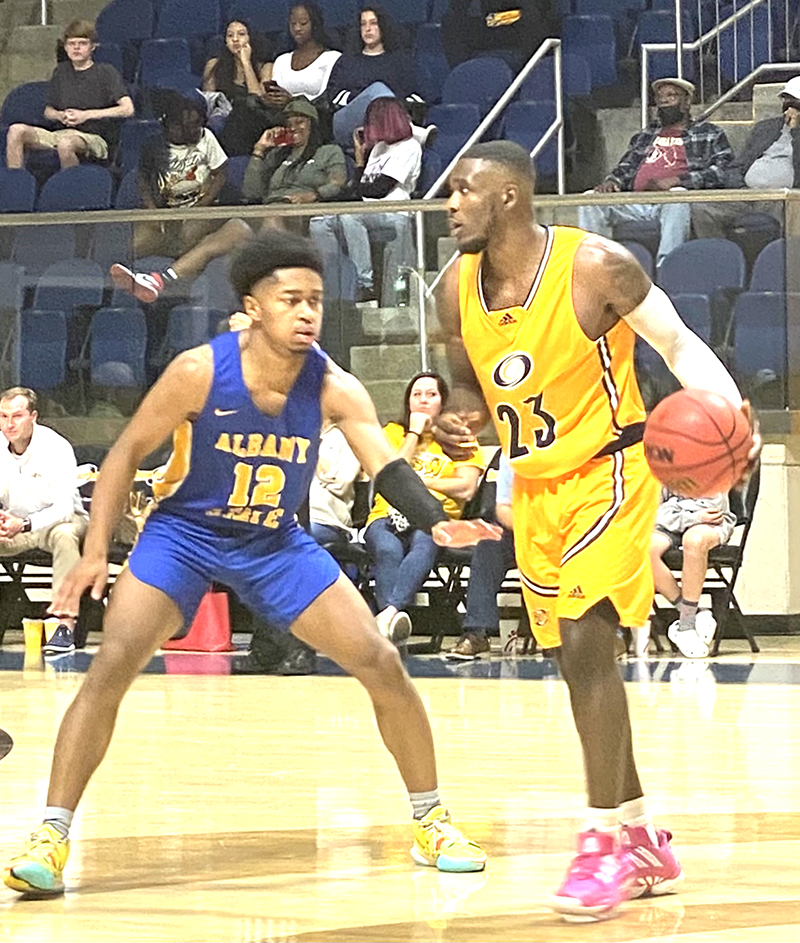 GSW senior guard Donte Tatum is seen here competing in a game earlier this year. Tatum led the Hurricanes in scoring with 19 points in their 68-53 loss at USC Aiken. ATR Archive

A poor offensive first half by GSW was too much to overcome, as the Hurricanes shot 1-14 from three and 4-26 overall in the first half. The Pacers didn’t shoot the ball well early either, but it was enough to give the Hurricanes an 18-point deficit to climb heading into the second half.

The Hurricanes played much better in the second half, shooting 50.0 percent from both the three-point line and the field. The Pacers had a tough half shooting from beyond the arc, but overall kept up the same pace as the first half.

The Hurricanes could only cut down three points from their halftime deficit, finishing the game with a 15-point loss on the road. Senior guard Donte Tatum was the Hurricanes’ leading scorer with 19 points.

GSW (3-5, 0-1 PBC) will play next on New Year’s Eve at the Storm Dome against Middle Georgia State at 2:00 p.m. before heading into the rest of their PBC games.